Praia da Rainha or the Queen’s beach is a beautiful , small, discreet and guarded beach in the center of Cascais. It is located next to Rua Frederico Arouca (formerly Rua Direita  or Straight Street), near the train station.

Besides the main access by staircase at Largo da Praia da Rainha, there is another ladder, more hidden, by Beco da Rainha Beach, also near Rua Direita. Is not served by any specific parking. The best option is the park’s underground Largo Station. But given its central location is easily accessible by foot.

The beach, served by two terraces and an observation deck at Largo da Praia da Rainha, owes its name to the Queen Amelia, that used to bathe here while the royal family stayed in Cascais. 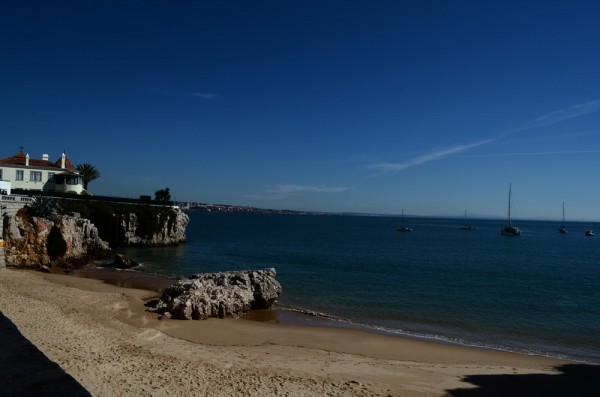