A Foz do Douro..Where the River Douro finds the Atlantic Ocean 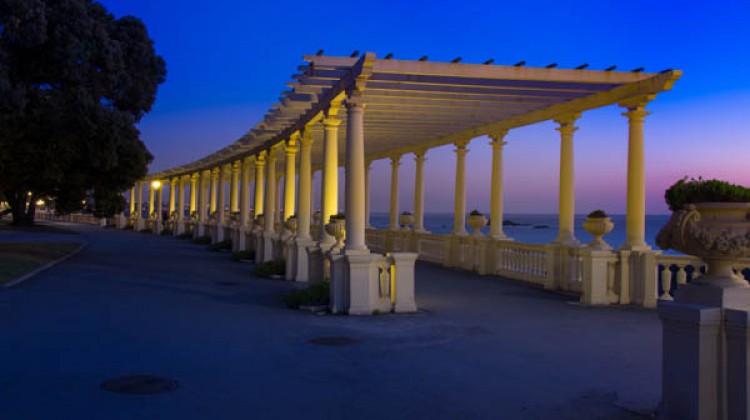 FOZ DO Douro (Portuguese pronunciation: [fɔʃ du dowɾu], meaning “Mouth of the Douro”) is a Portuguese parish of the city and municipality of Oporto. It has 12,235 inhabitants and is 3.00 km ² in area. It Became a parish in 1836. It is located in the western part of Oporto, next to the mouth of the Douro river and the Atlantic Ocean; Foz do Douro means. “It is one of the most affluent areas of city Oporto, and known for being inhabited by the upper classes.

Foz do Douro is best known for being an area inhabited by the upper class city. Your promenade dotted with outdoor cafes, bars and gardens by the sea make this area one of the most sought.

In its heritage, highlighting for the first demonstrations in Portugal the of the Renaissance architecture, with the chapel Lightship S. Michael the Angel in Cantareira, and the palace/church, within walls of the Fort São João Baptista da Foz , building instructed by Bishop Miguel da Silva, in 1527, with the participation of the architect-sculptor Francis of Cremona.
The Church and the Fort (both of the seventeenth century) are also noted.

Between the slopes of  the Mount of Light, down to the Cantareira, there is an urban agglomeration that enriches the historic center of the city.

The Felgueiras Lighthouse it is situated at the edge of the Douro’s river mouth and the Atlantic coastline.

The Pergola da Foz is a pergola with balustrade built in cement located between Praia da Luz and the gardens of the Avenida de Montevideo in the city of Oporto, in Portugal.

It was built around 1930, Integrated Project on Improvement and Beautification Avenue Brazil prepared by the Municipality of Oporto that year.