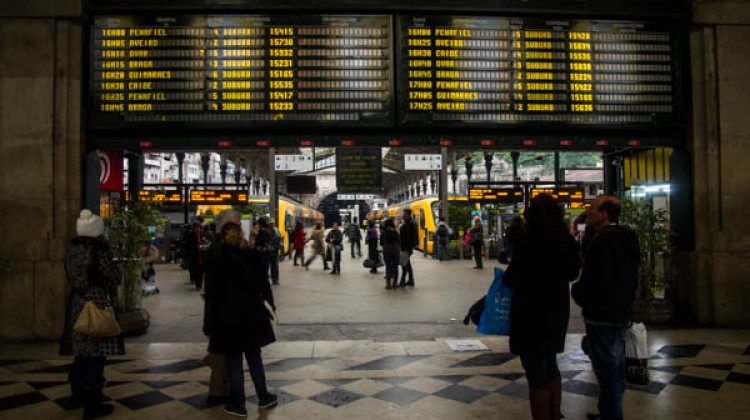 Inaugurated in 1916, the historical station is known for its tile (azulejo) panels with depict scenes of Portugal’s History. Its located in the Almeida Garret Square, city centre. Remains in regular use as a railway station, served by trains operated by Comboios de Portugal. It is the western terminus for trains on the scenic Douro line to/from Pocinho.

The name of the station derives from a Benedictine monastery built on this spot in the 16th century. The monastery fell victim of a fire in 1783, was later rebuilt, but was in a grave state of disrepair by the end of the 19th century. In the context of an expansion of the railwaysystem in Portuguese territory, King Carlos I laid the first stone of the station in 1900. The project was entrusted to Porto architect José Marques da Silva, who designed a building under the influence of French Beaux-Arts architecture.

The most notable aspect of São Bento Station is the large, magnificent tile panels in the vestibule. There are 20 thousand tiles  from 1905–1916 that are the work of Jorge Colaço, the most important azulejo painter at the time. The first tiles were put up on 13 August 1905.

The panels depict landscapes, ethnographic scenes as well as historical events like the Battle of Valdevez (1140), the meeting of the knight Egas Moniz and Alfonso VII of León (12th century), the arrival of King John I and Philippa of Lancaster in Porto (1387) and the Conquest of Ceuta (1415)