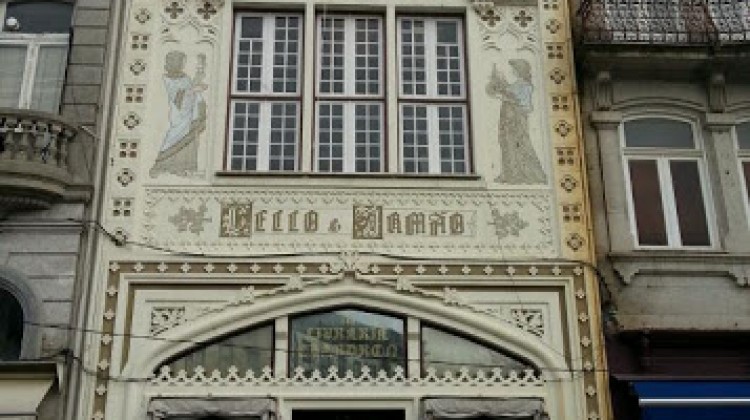 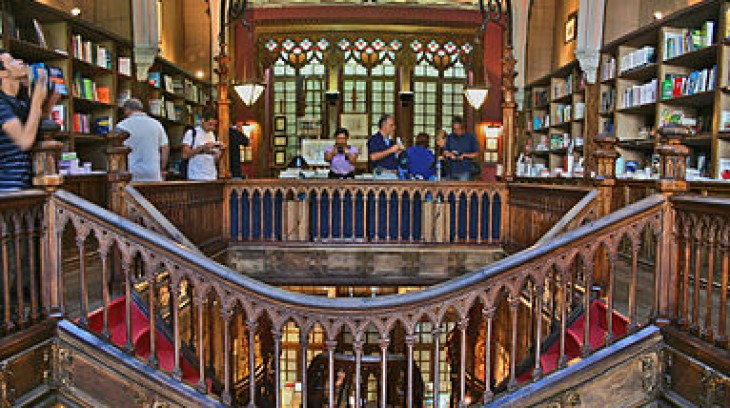 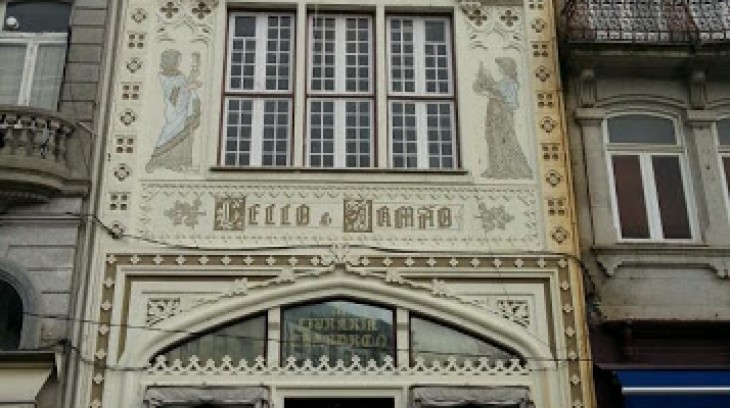 The building called Bookstore Chardron or more precisely Lello Bookshop & Brother was built with this only purpose and is located in Rua das Carmelites, No. 144, OPorto.

Was  inaugurated on January 13, 1906, and the responsable for this project was Xavier Esteves, a distinguished engineer at the time.

In Gothic style, a wide segmental arch, whose entrance is divided into a central door flanked by two windows that are the true servants of exhibitors Bookstore. On this arc, there is a triple window, closed and separated from the fascia of the pilasters, which are surmounted by gables originals. Side of the window, highlight two figures painted by José Bielman, symbolizing a Art and other Science. The rest of the facade complete with ornamental fitográfica and the name of the bookstore. Highlight the tracery that is on top of the building, all of it an authentic artistic monument that has earned national heritage classification.

Entering  the bookstore, the visitor feels surrounded by a warm atmosphere with pontificate books and impressive décor. A large room, with a gallery that gives access to a staircase ornamental, where they run a few tables that serve to display the books. Wooden seats and leather-lined shelves and a full height of this room make up the interior space to own a bookstore now, but that keeps the memory of the past.

The pillars on the left and right, distinguished busts of distinguished men of letters: Eca de Queiroz, Camilo Castelo Branco, Antero de Quental, Tomás Ribeiro, Teófilo Braga and War Junqueiro. The sculptor and distinguished artist Romão Junior, are covered by canopies, rendühados in Gothic style. The ceiling, carved, protects the center is a diaphanous light that comes in the large stained glass that draws the ex-libris of Lello & Brother Ltd, with the familiar motto Decus in Labore. A renowned journalist wrote  in the principle of the century, that the rich tones of the great stained glass, the graceful clipping windows, the balustrade of the gallery and the large chandeliers located at angles demarcated this space, lines of warheads that intertwine ceiling under the finials and come to die in the ribs that run the pillars to the corbels, leaves the visitor dazzled.

The opening of the Lello Bookshop caused great sensation in the educated circles of Oporto. The press referred to it with wide development,  great coverage by renowned newspapers in Oporto, Lisbon and around the world.

In fact, at the inauguration, the downtown Oporto thronged to see the most outstanding personalities of the portuguese letters, academics, artists, journalists, politicians and merchants of Oporto, among family owners, all heading towards the interior Lello, where it would be the opening ceremony.